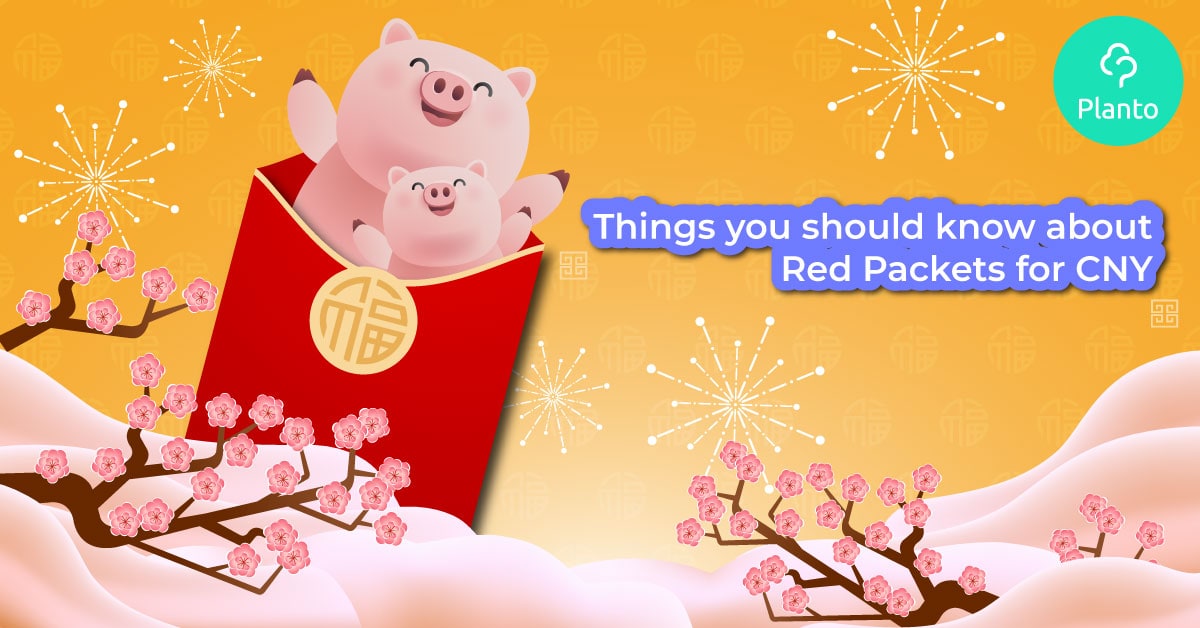 Things you should know about Red Packets for CNY
Career
•

Chinese New Year is approaching and it is the red packet season again. If you are not Chinese, you may wonder what this little red envelope people give to each other during CNY is and what etiquettes you may need to follow. Here is everything you need to know about red packets in time for the year of the pig!

In traditional Chinese culture, elderlies would give younger relatives in the family red packets to give them blessings for the new year. The red envelope represents happiness and peace. It was even seen as a power against the evil spirits in ancient culture. In modern society, this lovely tradition is extended to workplaces and between acquaintances where employers and seniors would give out red packets as “lucky money” to thank their juniors for working hard in the past year.

Should I give out red packets?

Generally, only married people have to give out red packets. However, if you hold a senior position in your company, even if you are not married, it is still a common practice to give red packets to your team as an appreciation for their hard work and as a New Year blessing.

How much should you put in a red packet?

Red packets often come in two, representing both people of a married couple. The general rule is, the closer you are with the receiver the higher the amount. Usually for acquaintances like colleagues and neighbours, it would be $10 – $20 per packet. For close family members however, it can go up to $500 or even $1,000 per packet.

Do’s and Dont’s when receiving and giving red packets

Since red packets represent blessings from the elderly, when you receive a red packet, it is appropriate for you to receive it with both hands and say nice things like “Happy New Year” and “Wish you a healthy and happy year”. Note that it is very impolite to accept a red envelope with one hand. If you are giving out red packets, avoid putting coins in red packets and always make sure the amount of money is an even number because Chinese people only give out envelopes with an odd amount of cash in funerals.

Red packets have also made technological advancements to cater to the cashless era. DBS has already launched in Singapore where money can be easily transferred by scanning a QR code, adding a nice touch of modernity and convenience to this historic traditional cultural practice. The annual Chinese New Year TV program – CCTV Spring Festival Gala – also launched an where audiences can earn red packets by shaking, searching and watching video clips on Baidu app. Even not during Chinese New Year, some Chinese apps like allow you to send your contacts (or even yourself) electronic red packets as gifts.

To celebrate the tradition of red packets, many Chinese finance apps like and offer red packets to their loyal users. For example, Alipay announced that it will spend on red packets for users. Stay tuned to these flash promotions to earn some extra cash!